We have recently had some unexpected deaths in the music industry. Tragically Whitney Houston and Davy Jones have both died prematurely. Understandably their music has received significant airplay on the radio following their deaths by way of tribute to them.

What I am still trying to get my head around is that (and this seems to happen every time a musician or singer dies) so many people rush out and buy their music (or click and buy their music) after these people have died. Is it because they have suddenly been reminded about how good that artist was, or  have just realised it? Could it be that they have remembered how much they enjoyed particular songs and are prompted to add them to their music collection? Is it their own form of tribute?

Whatever the reason, isn’t it sad that sometimes it takes someone’s death for them to be appreciated or recognised? Sometimes we don’t appreciate someone while they are with us and then regret not having been able to tell them how much they meant to us when they’re gone. In recent thanksgiving services for friends in our church who have “gone to Glory” we have been able to pay tribute to them, but that’s not the same as saying it to their face.

can remember seeing a Peanuts cartoon when I was a child which had Snoopy stood looking proud of himself and the caption underneath read, “Appreciate me now and avoid the rush.” We so easily take other people for granted and sometimes regret doing so.

Often, after a musician singer has died, their songs go into the top 10 – even though they might not have had a hit for many years. So, taking that as inspiration, who are the top 10 people you appreciate? How can you show them or tell them?

It’s all part of having an attitude of gratitude– gratitude for the people around you.

Later post today than usual – sorry for those who have already visited the page looking for something new and instead found the stuff from last week.

Tonight I am leading some training sessions for some of those who use their time and talents in leading groups of young people at our church. They are brilliant, wonderful, encouraging and worth it.

I am of course talking about the people, not the sessions I have prepared!

We cannot underestimate the value of and importance of the volunteers who give of their time in so many ways, but in particular those who bless children and young people by leading their groups. I can still remember vividly some of the people who blessed me as a child. (I mean, when I was a child, not that they blessed me as children themselves). People who taught me the story of faith in the Bible. People who were patient with me when I played up. People who encouraged me. People who provided a safe environment in which I could ask questions and push the boundaries of my faith. 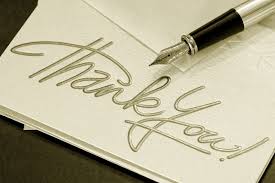 So right now I want to instigate a new movement: the ‘Bless your Sunday School Teacher’ movement. If you have been blessed by someone else who gave you a similar experience to mine when you were a child, thank God for them right now. And if you know how to get in contact with them, why not do that and say ‘thank you’ for what they did for you. They will be blessed and encouraged and you will have given them back some of what they gave to you.

Thank you Eunice and Vic, Mr and Mrs Jones, Jez, Aubrey, and many others.

In Sunday School, they were teaching how God created everything, including human beings. Little Johnny seemed especially intent when they told him how Eve was created out of one of Adam’s ribs.

Later in the week, his mother noticed him lying down as though he were ill, and said, “Johnny what is the matter?”

Little Johnny responded, “I have a pain in my side. I think I’m going to have a wife.”