There are various versions of ‘Murphy’s Law’ going around.  It may be Murphy’s first law of inevitability: ‘If anything can go wrong it will’ or his first law of obsolescence: ‘If it jams, force it. If it breaks it needed replacing anyway’.  There’s Murphy’s law of duplication: ‘The legibility of a photocopy is inversely proportional to the importance of the document.’  And Murphy’s law of computing: ‘The attention span of a computer is only as long as its power cable.’ 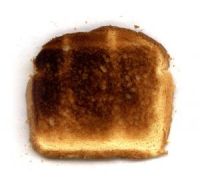 Murphy’s law(s) are predicated on pessimism.  They assume that the worst will always happen.  While they may be amusing, if we live our lives based on Murphy’s laws we will miss out on so much joy.  So, on Shrove Tuesday (otherwise known as Pancake Day in the UK) I have a suggestion for breaking Murphy’s law.  Instead of dropping toast, toss pancakes – because they are double-sided they always land right side up.

(unless they stick to the ceiling!).