Some things are so blindingly obvious that we miss them. Jesus had worked in Joseph’s carpenter’s workshop for 20 years. He knew about wood. He knew too how much it hurt when you got a speck of sawdust in your eye. It would have been a regular occurrence as there were no safety glasses in those days. It was highly unlikely that there would have been any mirrors so he would have been reliant on someone else to look in his eye and help him get the speck out. 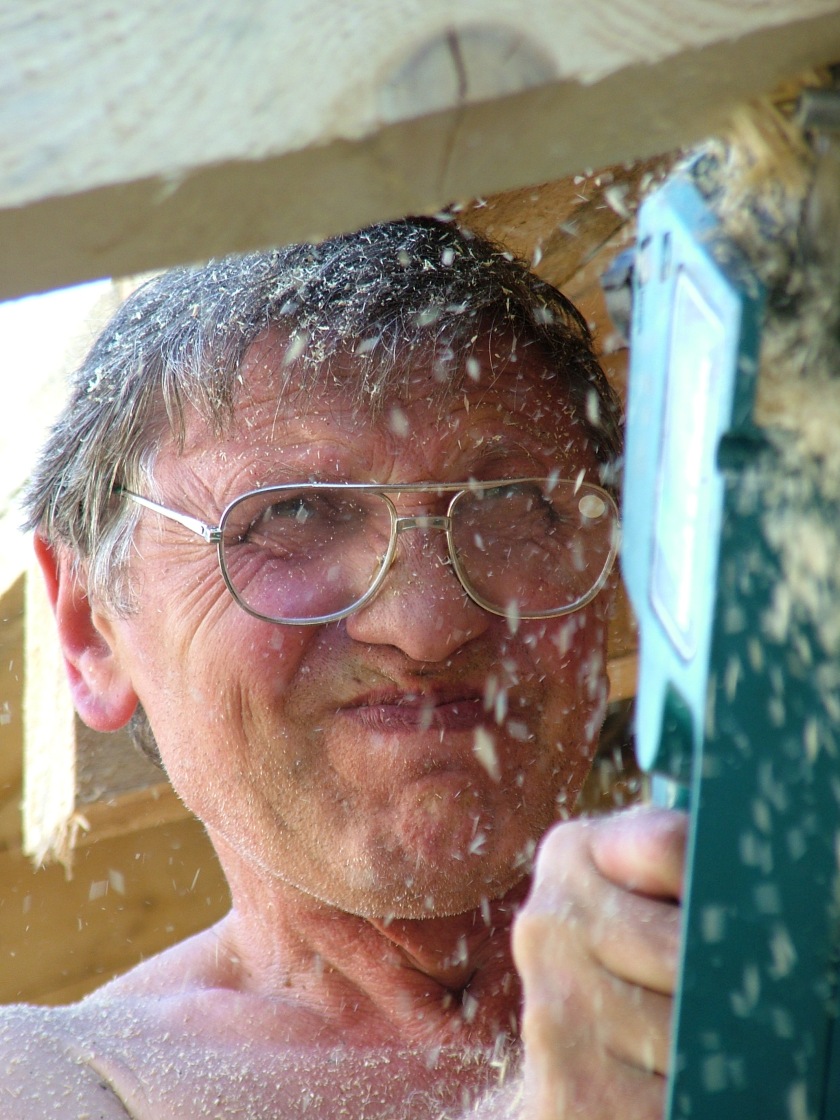 So he knew what he was talking about when, in the Sermon on the Mount, he said:

It’s comical isn’t it. Someone trying to help another person with a speck of sawdust in their eye whilst ignoring the plank in their own eye! How would the plank-eyed person see to help the other one? Would the plank poke the other one’s eye? I think this is another example of Jesus’ sense of humour. But he was also making a serious point. And it wasn’t about the difficulty of trying to help the person with the speck of sawdust… it was about the hypocrisy of the plank-eyed person.

How could they ignore the glaringly obvious problem in their own life and concentrate on someone else’s smaller problem? That this is the meaning becomes much clearer when you realise that, like this bloggage follows yesterday’s, Jesus’ speck/plank observation comes immediately after he had be talking about the error of judgement in judging others. Here’s a reminder if you don’t want to look back to yesterday’s bloggage:

“Do not judge, or you too will be judged. For in the same way as you judge others, you will be judged, and with the measure you use, it will be measured to you.”

It’s up there with “Let the one who is without sin throw the first stone” (John 4).

It saddens me immensely when I come across Christians who are judgemental of others. I feel a deep sense of disappointment. Not because I am perfect. Not because I am judging them (or at least I try not to). But because Jesus seems to have been so strongly against people judging one another.

You see I reckon we all suffer from plank-eye. None of us is perfect (we know that too well, don’t we). All of us struggle. All of us have areas of weakness in which we stumble more frequently than others.

Those who are tempted to look for where others fall short of God’s standards should pause and look in a spiritual mirror. And if they think they are perfect they should beware of pride!

Those who feel they have the right to condemn others should feel the weight of the stone in their hands and the weight of Jesus’ words.

That does not mean that we should not speak about God’s standards, but when we do we do so as those who recognise the truth that “all have fallen short of God’s glory” (Romans 3:23) and that all of us are entirely dependent on his grace and forgiveness.