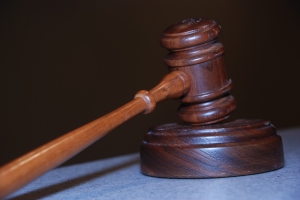 What do you do when there are no rules? What happens when new and as yet envisaged circumstances arise for which no rules have been written? To an extent that seems to be what is happening with social media and how it is being used in our society. we are having to work out the best ways to use social media and what to do with use that could be deemed inappropriate. The companies that run the social media software have their own rules and parameters, but they do not have the same weight as laws written in statute or handed down by courts as legal precedent. There has been significant litigation recently from people who claim that they have been libelled through what has been posted on social media. There was another case not so long ago where a ‘super injunction’ became redundant through the sheer volume of sharing of the subject of the injunction that spread virally through social media. Lawyers have great fun (at our expense) exploiting legal loopholes in these circumstances.

So what do we do?

One possible response is anarchy: everyone does what they want. The problem with that is that you will end up with conflict between those whose actions are incompatible with each other. Another possible response is that someone makes up the rules as we go along. Of course that ‘someone’ has to be given authority that everyone accepts, and we would have to accept short-term chaos until the rules have been written. A third possible response is that we rely on our legal system to extend and apply existing laws as far as possible based on precedent and ‘common law’. but that is cumbersome and expensive and there is a legal maxim that ‘difficult cases make bad law’.

So how do you apply that to the Bible? The Bible has nothing explicit to say about nuclear weapons, the Internet, global warming and many other significant influences on our contemporary lifestyle. The 10 Commandments say nothing about driving cars. If we were to seek to live our life solely by the rules in the Bible there will be significant gaps where we would have to say that it has nothing to say.

That is where we rely on principle rather than rule to guide us. Arguably you could summarise the principles of a biblical lifestyle as living lovingly and justly. That is very crude summary that it would cover any and every situation. We could ask ourselves what is the most loving thing to do and what is the just thing to do. If there is conflict between the two I would always err on the side of love. When godly love and justice combine we end up with grace, forgiveness and mercy and we find ourselves at the foot of the cross.

Some people are much more comfortable living by rules while others find them rigid and insufficiently flexible. Others are happiest living by principles while some find that too vague and uncertain. Obviously a happy balance has to be found but it is worth recognising that behind every rule is a principle. Principles of love and justice lie behind the 10 Commandments for example. And if you extend them through those specific Commandments you can find freedom and certainty in the same place, which I think is what Jesus was doing in the Sermon on the Mount.

For example, the 10 Commandments say “you shall not murder” and Jesus said that we have broken the Commandment if we are angry with another person. The principle could be that because we are called to love as God loves we should respect and honour everybody. we should keep our emotions in check because we can be hurtful and violent with our words as well as our behaviour.

if we start from godly principles we will find that the Bible has plenty to say about every subject. They may not be explicitly worded rules and regulations but principles of love and justice are always topical.