I have just bought a new bike.  Nothing astounding about that (except that it means I will be getting more exercise).  What intrigued me was the variety of bikes available now.  Aside from the variety of kids’ bikes and vehicles (my son was trying to persuade me to get a pink battery-powered ‘quad bike’) there are so many options: 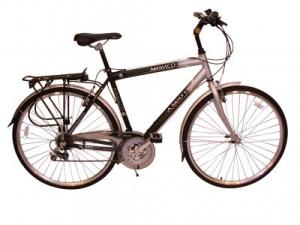 I have gone for a relatively modest hybrid bike, which is what happens when you cross a mountain bike with a town bike.  It’s pretty comfortable (no razor’s edge saddle like I had on an old racing bike), pretty sturdy and pretty tame.

I have to be careful though because the police are cracking down on cycling offences.  An over zealous traffic cop stopped the vicar on his bicycle. After checking the bike thoroughly and finding nothing wrong he had to let the vicar go. “You will never arrest me because God is with me wherever I go.” said the vicar.

“Right then” (said the cop) “I’m nicking you for carrying a passenger on a single seater vehicle!”

Now all I have to do is remember what to do when I am riding it. Hopefully it’s not as easy as falling off a bike.