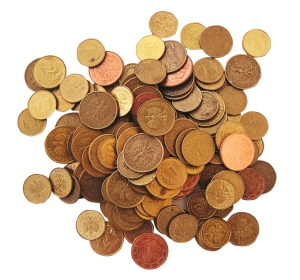 change is inevitable… except from a vending machine

Why is it that software developers keep changing the software? We get used to the way a program or app or website works and then, before we know it, an upgrade has happened and things are different. New settings need setting. Old settings need resetting. Changed default settings need grrring at.

But it’s a very 21st Century problem. Less than a generation ago so much of what we take for granted today was the stuff of science fiction.

“In the first part of the 21st Century computers will be everywhere. They will be accessed via touch screens or even controlled by voice. They will fit into your pocket. People will be connected with each other and with information via a global communications network – a web if you like. We will all carry multi-functional communication devices that can also access information from this interlinked global web, take photographs and video which can be instantly shared, and millions of other possibilities? Entire music and film collections will be stored on microchips the size of a fingernail.”

“Yeah, right. Dream on! What’s next? You’ll be telling us we’ll be in driverless cars soon.”

[puts finger in ear to listen to instruction from Producer]

Anyway, enough reverie, back to the topic in hand – these pesky upgrades. We can find them incredibly frustrating. Every time a well known visage – tome related social networking site is updated I reckon the first 24 hours of communication on it will be dominated by people complaining about the changes and demanding that it is changed back.

Why do they do it? I think the clue is in the first sentence of this bloggage. There are people called ‘software developers’. That is their job – to develop software (cue references to well-known adverts for varnish). I wonder how they feel at the tirade of complaints about the changes when they have worked hard on what have been planned as improvements and enhancements (or have been introduced to protect users from unscrupulous people)?

There’s an ancient story about a visiting preacher who was saying goodbye to people after the service. A man came up and said, “I couldn’t understand a word you said!” and walked off.

A few minutes later he came back and said, “You went on far too long,” and left again.

Not long afterwards he returned again: “That was the worst sermon I have ever heard,” and he left the preacher reeling. The Church Secretary came up and the preacher explained what had happened.

“Oh, you don’t want to take any notice of him,” reassured the Church Secretary, “he never has any opinions of his own. He simply goes around repeating what he hears other people saying.”

I am not saying that there is no room for critical comment. We need that. We need to listen to it because God might be speaking through it. But there are ways of offering it that are not destructive, aggressive, hurtful or (yes I am going to say it) rude. Before you offer some criticism or complain, why not ask yourself how you would feel if it was said to you? And if you are brave enough, ask if you can imagine Jesus saying it that way?