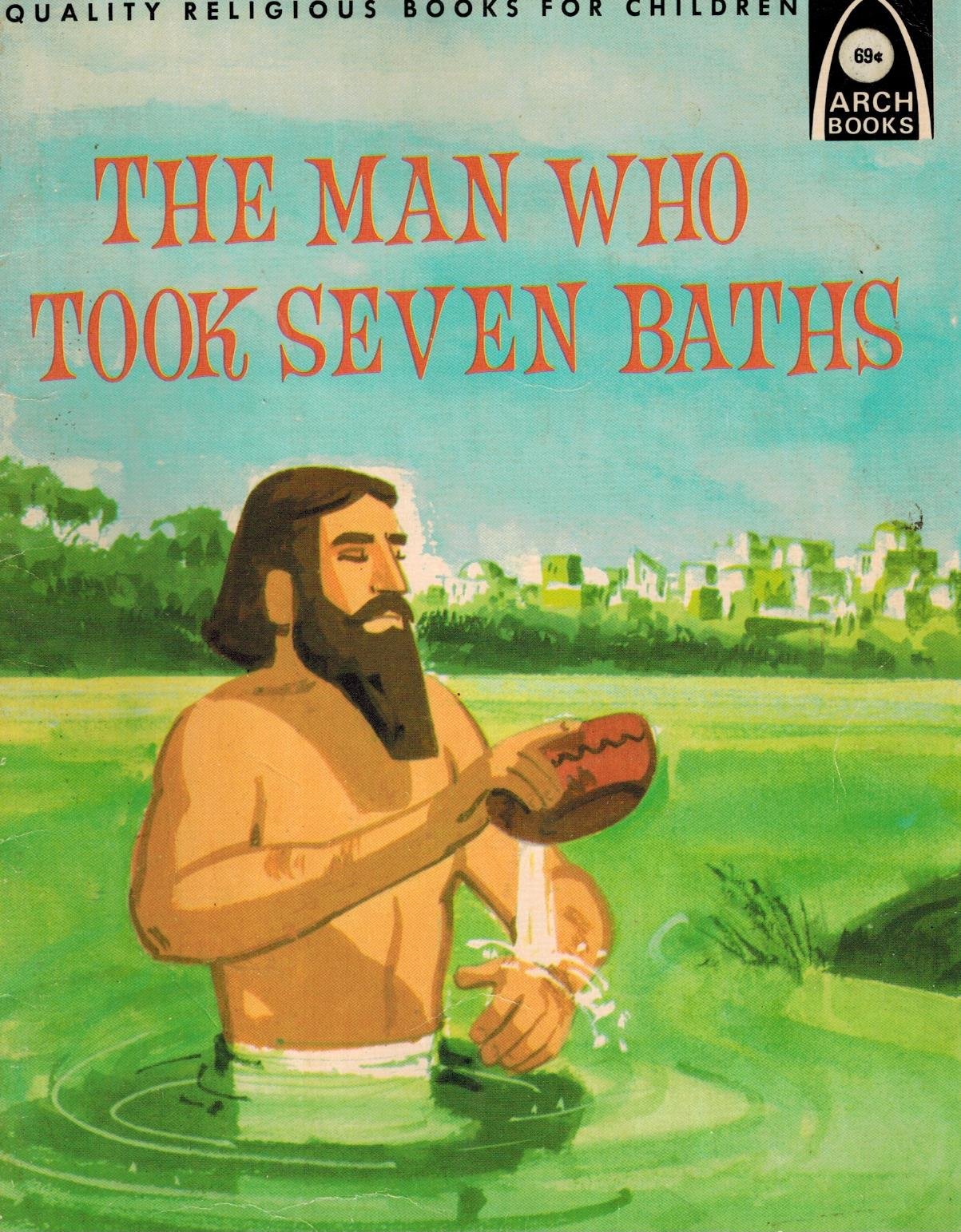 When I was a child I used to love this book. It was about an Old Testament Syrian General called Naaman (you can read about him in 2 Kings 5). The story was told in rhyme and I asked for it as my bedtime story so often that I knew the whole story off by heart. My parents used to get so bored with it that they would make deliberate mistakes as they read it to try to see if I noticed. I did.

That was insufficient information – it meant that I didn’t know where to position my car approaching the roundabout or which way to indicate until I had got much closer to the roundabout, by which time it may have been too late. I sent an email to the support team at my satnav and explained the situation and received an email back telling me to reset the satnav.

I could not see how that would make a difference. It felt too easy. It felt like the old ‘turn it off and on again’ or ‘press ctrl+alt+delete’ approach to technical problems. I had already installed a new operating system and surely that would have involved a reset. And anyway, I didn’t want to risk losing all of the saved places that I had in the satnav.

So I wrote back to the tech support man and pointed all of this out. I wanted to know why a system reset would make a difference. I wanted a better answer.

And then I thought that perhaps the tech support man knew what he was talking about. I reckoned that maybe this was a problem they had come across before and that this was a solution that had worked. And anyway, all of my places were backed up in the cloud. And what could it hurt?

So I did a reset.

And then I reloaded my saved places and re-linked it to my phone to receive live traffic updates. And then I switched it on and set my next destination.

Lo and behold, thus spake the satnav: “Turn left, then enter the roundabout and take the third exit.” Ooh, new improved instructions and not only that but the voice was restored to the politely-spoken voice I remembered from before the update! Sarah the satnav was back to her best.

Ah. Time to eat some humble pie. I have written back to the tech support man and apologised for my attitude… I learnt a lesson in trusting others, letting go of pride and realising I don’t know everything. That was Naaman’s lesson too.