In an effort to start the day with a healthy and filling breakfast I have been eating wheat-based, biscuit-shaped cereal. Not the branded ones that have a name that blends the content with the shape, but supermarket own-brand ones.

And I can tell the difference. These fall apart rather easily, are not as densely packed and don’t have quite the same taste. They were considerably cheaper, but I can tell that they are not the branded ones.

I can remember the first time I saw an advert for the product whose name proclaims disbelief that it is not butter. My Mum duly bought some and after tasting it I decided that they had put an inaccurate ‘not’ in the name of their product. I have been tempted to suggest that “I can’t believe it’s not better.”

A while ago I was having a conversation with someone who did not know much about our church. Without embarrassment or hesitation they asked me, “Are Baptist churches proper churches?”

I was at a bit of a loss to know how to respond. Should I explain the Baptist Union Declaration of Principle? Should I point out that we are fully involved in the national and international ecumenical movements such as the World Council of Churches and thus accepted by all of the other Christian denominations as ‘proper churches’? Should I point out that the Baptist World Alliance includes churches from 120 countries that have 42 million members worldwide – the largest non-conformist denomination in the world? Should I explain the roots of Baptist churches: dissenting against the Established Church and standing for what they believe (see the Declaration of Principle again, even though that is a later document)?

Or should I ask what they thought a proper church was? In my mind I was deciding what ‘proper’ meant and defining it in ways that probably would not mean much to the person who had asked me. In fact what they wanted to be reassured about was not so much that we were not a cult, but more whether we were part of the Church of England. When I explained that we weren’t I got the feeling that she saw us as being like a supermarket version of The Brand, or ‘I can’t believe it’s not Anglican’.

But actually what makes a church ‘proper’ is not primarily doctrine, statements of faith, ecumenical credentials, size or history. It’s not even whether or not they are Anglican. It’s whether Jesus is at the centre of what we do. Is our worship focused on him? Is our activity motivated by a desire to represent and share him? Is our mission his mission? Are we a collection of free samples of Jesus? Can people encounter him through us? And can people see it in the way that we relate to each other – sacrificial, unconditional, Jesus-given love?

Allegedly, these come from church notices. There is a link to breakfasts and (possibly) sabbatical leave:

Scouts are saving aluminum cans, bottles, and other items to be recycled. Proceeds will be used to cripple children.
The outreach committee has enlisted 25 visitors to make calls on people who are not afflicted with any church.
Evening massage – 6 p.m.
The Pastor would appreciate it if the ladies of the congregation would lend him their electric girdles for the pancake breakfast next Sunday morning.
The congregation is asked to remain seated until the end of the recession.
The third verse of Blessed Assurance will be sung without musical accomplishment.
For those of you who have children and don’t know it, we have a nursery downstairs.
The Rev. Merriwether spoke briefly, much to the delight of the congregation.
During the absence of our pastor, we enjoyed the rare privilege of hearing a good sermon when J.F. Stubbs supplied our pulpit.
Due to the Rector’s illness, Wednesday’s healing services will be discontinued until further notice.

Which way does the Queen look? It seems that she would be good at crossing roads because she is constantly looking both ways. No, it’s not a bad joke (don’t try to find humour there, I don’t think there is any). It relates to her image on stamps and coins of the realm. 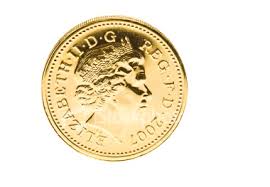 See what I mean? Apparently the convention is that the monarch’s image on coins the alternates in the direction their profile faces (meaning Charles ought to face the other way when / if he becomes king) for some obscure reason lost in time. I am not sure what happens to stamps but from the ones I have seen the monarchs all seem to face left.

I was reminded of this when looking at a stamp earlier. As well as the interesting trivia above, it also got me thinking about what it means to have the monarch’s head on coins and stamps. It is a mark of authenticity, it is a statement that we can trust the value of the coin or stamp, it represents a pledge that the coin and stamp will be accepted in exchange for goods or delivery of post.

So when we reflect that we carry the King of kings’ hallmark, God’s Spirit, as a guarantee of our eternal destiny, it is also saying that we are authentic, we should be trustworthy and that we are acceptable to God. Even though God sees everything (looks in all directions) I would also recommend we continue to look both ways when crossing roads.

An honest lawyer, an underpaid merchant banker, an old man, a fairy, 2 pixies and Santa are walking along the street.They come across a coin lying in the road. Who picks it up?

The old man. Because the others don’t exist.