This Sunday morning in my sermon I will be exploring Hosea (the whole book). Every time I come to Hosea I find myself thinking, “What would I do if I was in Hosea’s position?” How would I feel? How would I cope?

Hosea’s story is a love story… of sorts. The narrative is fascinating: Hosea set aside his personal preferences and on God’s instruction married a woman, Gomer, who was of dubious reputation (to say the least). This was to be a prophetic symbol to the nation of Israel about how God saw them – promiscuously pursuing other gods. He even named his children with names that spoke prophetically – how would I feel if God told me to name my daughter ‘Not Loved’?! And then there’s the emotional pain and heartache of Gomer’s further unfaithfulness and prostitution.

God not only told Hosea to take her back but he actually BOUGHT her back – perhaps paying off her pimp! Again, this was to be a prophetic sign of how God was going to treat Israel for a season (Hosea bought Gomer back but they were to abstain from sexual intimacy for many days and in the same way Israel’s return would be gradual). It’s only 14 chapters into the book (the final chapter) that there is a glimmer of hope for Israel as Hosea the prophet finishes denouncing them and instead announces the possibility of return to God, forgiveness, reconciliation and a renewed relationship with him. Hosea went through an emotional and reputational wringer in order to give the people God’s message. Some of you may be empathising with him a little! But he was willing to allow his whole life to be a message from God, not only his words. It’s a love story where we are Gomer and God is Hosea.

Ministers can feel a pressure (it may come from within or from outside us) to be a shining example of what it means to be a disciple of Jesus and not admit to any weakness. We can present ‘supercope’ to our people: nothing fazes us and we are as close to Jesus as it is possible to be this side of heaven (I exaggerate for comedic effect) (I think). But do we really want people to look at us and see a message from God that it’s wrong to admit weakness and that we never struggle? That’s not a message we find in the Bible: read Romans 7 if you doubt me!

It is important for people to know that we are trying our best with God’s Spirit’s help, they need to see leadership from their clergy, and the qualities of a leader are clear in the Bible. But I believe that we also need to admit that we are fallible, that we are not perfect, and that we don’t have it all together. I’m not talking about airing all of our dirty laundry – we have to be sensible about what we share. But how often are we prepared to be vulnerable about our own doubts, failings and struggles? Can we admit to people that we make mistakes – even Ministers who have trained, studied and are set apart for ministry? Do we dare allow the admission of our mistakes to be a message from God  – that no follower of Jesus is perfect but when we struggle, fail or even doubt there is hope because his Spirit is in us? Does admitting our struggles strengthen or weaken the message that there is the possibility of return to God, forgiveness, reconciliation and a renewed relationship with him?

What message from God do people get when they look at you?

(If you are fresh to this blog you may be somewhat confused by the title of this bloggage: if so I suggest you look at the preceding three entries and you should get the idea!)

[To get the best out of this bloggage you may need to have some music in the background such as The Love Theme from Romeo and Juliet (played behind ‘Our Tune’ on Radio 1 in the 1980s and 1990s). And there may also be a cheesy story alert!]

They had been inseparable almost since the day they were born. Their birthdays were only a couple of days apart and their mothers had met at ante-natal classes. Once Julia and Brad (named after … Roberts and … Pitt respectively) had been born their mothers would meet up most weeks and the children soon got to know each other. They went to the same parent and toddler group, same pre-school, same classes at school and even to the same University. They were almost like brother and sister – to borrow a line from Forrest Gump they were like peas and carrots.

The problem came when Brad got his first girlfriend when they were at University. There had never been any romantic feelings between Brad and Julia, but when Brad started spending time with Sarah Julia got jealous. She felt like Sarah was stealing Brad away from her and Julia started to criticise her to all their mutual friends. Sarah was too clingy or too needy or lacked commitment or was too talkative or was too quiet…

Sarah tried to get on with Julia, but Julia was having none of it. Nothing Sarah did was acceptable. Brad was aware of some tension between them but didn’t realise the extent of Julia’s hatred for Sarah. One evening he told Julia that he was going to propose to Sarah the next day. Julia was overcome with jealousy and, in a desperate attempt to stop him, she told Brad that she had heard that Sarah was sleeping with one of her tutors to get good grades.

Brad had always trusted Julia. He had no reason to doubt her. He could not face seeing Sarah. Instead he wrote a long, bitter email to her telling her how much he had loved her and how betrayed he felt by her deception and unfaithfulness. He clicked ‘send’ with a heavy heart and went around to see Julia.

Julia was delighted to see him and thought that things would go back to the way they had always been between them. Instead, as they talked, she realised how miserable she had made her best friend with her lie and how she had shattered his relationship with Sarah. Suddenly she knew that she could not hurt Brad any more and told him what she had done. She asked him to forgive her but Brad left without saying a word.

Over the next 48 hours Brad refused to speak to Julia. He blocked her phone number on his mobile, redirected her emails direct to the ‘deleted items’ folder, refused to answer the door to her and ignored her if he saw her around the campus. Through their friends Julia heard that Sarah had been heartbroken when she received Brad’s email and that the relationship was over. 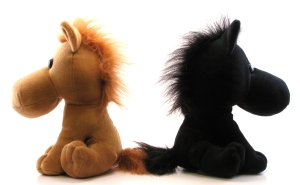 On the morning of the third day Julia was surprised to receive a bouquet of flowers from Brad, with a card asking her to meet him. She rushed to meet him, her heart beating so loudly that she was sure everyone around her could hear it – even above the music in the restaurant where Brad was waiting for her. She walked slowly to the table where he was sitting, feeling awkward and embarrassed, but Brad leapt to his feet, rushed towards her and embraced her.

They sat down and Brad looked at Julia. “You hurt me really badly,” he said. “Your lie wrecked our friendship as well as my relationship with Sarah. I have spent the last couple of days thinking about nothing else – that’s why I wouldn’t talk to you or respond to your emails. But your friendship is more important to me than anything else. I forgive you… I want you to know that my love for you as my closest friend is stronger than the pain of the hurt. I don’t hold anything against you. Please can we be best friends again?”

Jesus’ death on the cross is how God has absorbed the pain and hurt of our rebellion against him / falling short of his standards / sin. Through his death he shows us how much God loves us. We broke the relationship but he wants to restore it, starting with offering complete forgiveness and freedom from guilt. Through Jesus we are reconciled to God. If you want a Bible passage to consider, try:

10 For if, while we were God’s enemies, we were reconciled to him through the death of his Son, how much more, having been reconciled, shall we be saved through his life! 11 Not only is this so, but we also boast in God through our Lord Jesus Christ, through whom we have now received reconciliation.

Or have a look at Jesus’ parable of the two sons in Luke 15 and see how the Father takes the initiative with both of them.

Next time, the epic battle.