In a couple of weeks’ time I have been asked to facilitate a weekend for a church Leadership Team to look at God’s vision for the church. In preparation I have done a lot of reading around the subject and there seem to be a lot of different nuances and terminology used but the same basic themes emerge. I was talking with a couple of the leaders about this as we planned the weekend when this analogy came to mind to help me understand the terms I was using: 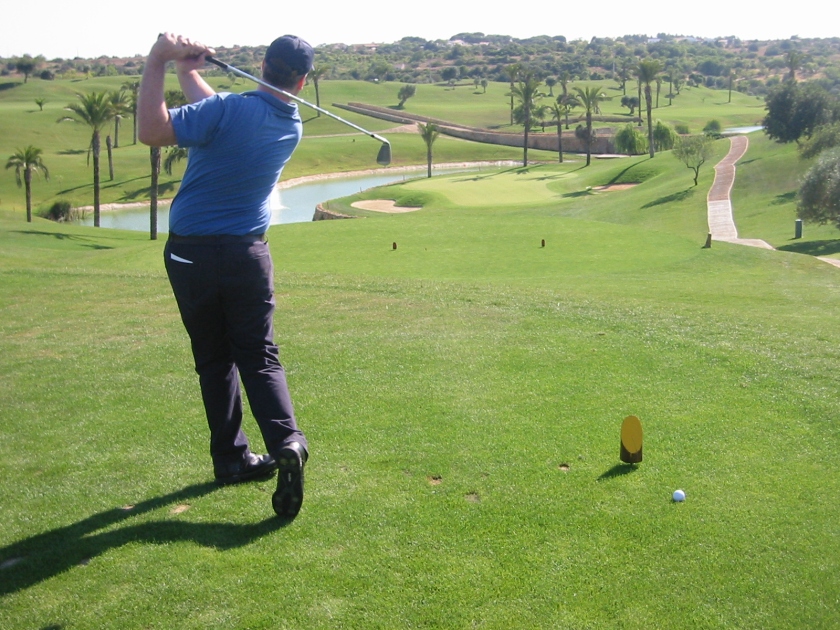 When I stand on a golf tee my purpose is to get the ball in the hole – it’s the overarching theme of what I am doing. If I don’t know what my purpose is, I will be aimless.

My vision is to get the ball in the hole with as few shots as possible – it’s what my purpose looks like in practical terms. If I don’t know what my vision is how will I know when I achieve it?

Along the way I may make tactical choices such as avoiding hazards and whether to go for the green or ‘lay up’ – they are second-level strategic decisions that help me fulfil my strategy.

You may disagree with the terminology I have used – others may use words like ‘mission’, ‘aim’, ‘goals’ and so on – but to me that analogy helped me make sense of the whole thing. I don’t claim to understand it all. I certainly don’t claim to have a sense of what the purpose, vision and strategy should be for that church (my role is to facilitate them discerning those things not to tell them what I think). But at least I have a sense of the direction in which we will be going.

I believe that these concepts apply equally well to our personal life, to work, and to lots of other areas in life. How might they relate to yours? Here’s my current sense of what they might be for my faith:

Purpose: to be a follower of Jesus and make him known to other people

Vision: to be more like the person I have been created to be and to help others achieve the same vision for their life

Strategy: to walk closely with Jesus, be open to his Spirit, and be ready and willing to help others

Tactics: to walk closely with Jesus by prayerful reflection, reading the Bible, listening to God, seeking God, being willing to change, receiving advice from others

be open to his Spirit through a consciousness of his presence, listening to his prompting, recognising my own weaknesses, willing to take risks, having an attitude of gratitude, seeing life as an act of worship

ready and willing to help others by looking to see needs I can meet, asking ‘what would you like me to do for you?’, being ready to listen before sharing, loving as God loves, trying to be a good free sample of Jesus

If you don’t wear glasses you may not fully empathise with this bloggage, but give it a go anyway (you could try spraying cleaning spray on a mirror and having a look at it before you clean it to get the similar effect).

Glasses-wearers among you will know that during the day glasses accumulate gunk, dust, smudges and other unwanted gubbins. It just happens. (It makes you wonder about how much gubbins our skin accumulates in a day). But the thing is that it happens gradually. Glasses-wearers will be unaware of the build-up (unless it’s an obvious glob of gloop in the middle of the lens or a big smear) until they take off the glasses and have a look at them. Then we realise just how much has accumulated and we clean them. We may ‘huff’ on them with our breath or use a specialist cleaning fluid along with either a designated cleaning cloth, a handkerchief (hopefully clean), the corner of a shirt or jumper, or any piece of rag we can find).

And when we put the glasses back on suddenly we realise how dirty the lenses had become. We can see clearly now the gunk has gone.

And I think there’s an element of that for all of us. In our daily living we accumulate grime – the little lie, the unkind thought, the angry word, the selfish act… and we don’t realise how grimy we are until we stop and take a look at ourselves. One of the reasons why it’s good to be in regular contact with God and consciously to spend time with him is that it is good to ask him to clean us up regularly rather than allowing these things to accumulate. Why? Well they separate us from him and they can tarnish and diminish our positive experience of life: guilt, shame, hurt and upset all detract and diminish us as people. They don’t come from God, they come from our failure to live in the way that he designed us to live.

The good news is that he is always ready to clean us up – in Jesus he’s done all that’s necessary, all we need to do is ask. 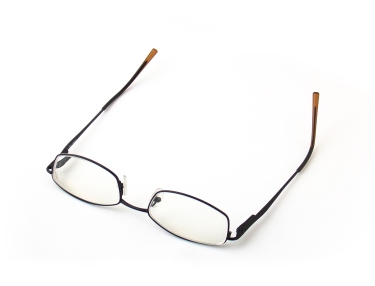 I have recently experienced another sign that I am getting older. My eyes are getting worse. Just before Christmas I had them checked (fed up with plain blue/grey). The optician confirmed what I thought – my eyes (or more accurately one of my eyes) had deteriorated.

When I put on the medieval torture device that opticians use to change the lenses in front of your eyes (so you can read the letters on the far wall) and the optician put the correct prescription in them I started singing: “I can see clearly now the blur has gone”. Well, actually I didn’t, but I felt like  I should – the letters on the far wall were crisp and clear and I could read right down to the bottom line again.

However, there is a complication. When correcting my long sight I then lose definition in the medium and short distances needed for looking at computer screens and books. When wearing my new prescription contact lenses I can put on some reading glasses to correct the correction and read correctly, but that does not solve the medium distance issue.

The optician suggested I try varifocal glasses. I have considered this in the past but have always thought that I would struggle with them. The top part of the lens is for long distance, the middle part is for medium distance and the lower part is for reading. But there is a gradual transition between the different strengths. I could not believe that my eyes and brain could work together in harmony to get used to this. The optician had a clever set of glasses that they could use to show me how the varifocals would work and also promised that if I could not get on with them after a month I could bring them back and swap the lenses for ‘normal’ lenses.

With that promise I decided to go for it. A few days later the glasses arrived and I had them fitted. The main two pieces of advice I was given were to persevere and to point my nose in the direction I wanted to look (the edges of the glasses are not good to look through as the prescriptions are rather muddled). I took them home and started trying them out.

It has taken me a while, but I think I am now used to them. And I find them really useful. I can do all things while wearing them. For example, while driving I can look out of the windscreen and see sharp images, look over at my satnav and see it clearly, and look down at my instrument panel and see that clearly. I think the glasses may even have had a positive effect on my golf, as I have to keep my nose pointed where I want to look, which helps me keep my head still as I swing.

I am now a varifocal fan. Occasionally I find myself looking through the wrong part of the lens, but a quick head adjustment means I can see clearly again. I have a feeling I may be relying on them more and more and wearing my contact lenses less and less (although there are apparently varifocal-esque options for them too).

Today I realised how much more helpful they are than keeping on putting reading glasses on and off. I was wearing my contact lenses and meeting someone where I had to do a lot of writing. Every time I looked at the person I was meeting I had to take my reading glasses off, but every time I wanted to write something I had to put them back on. It was tiresome and inconvenient. I wished I had thought ahead and worn my varifocal glasses.

The advice to point my nose in the direction in which I want to look reminded me (somehow) of Jesus when we are told he ‘set his face to go to Jerusalem’ or ‘resolutely set out for Jerusalem’. Perhaps a modern version ought to be that he ‘pointed his nose toward Jerusalem’. Jesus knew that he had a mission to fulfil and that it would come to an earth-shattering conclusion (and new beginning) at Jerusalem. He knew that Jerusalem was his opponents’ stronghold. He knew that Jerusalem meant his death. But he pointed his nose in the direction in which he wanted to go. He was determined.

Where are you pointing your nose today?

Judy rushed in to see her doctor, looking very worried and all strung out. She rattled off, “Doctor, take a look at me. When I woke up this morning, I looked at myself in the mirror and saw my hair all wiry and frazzled up, my skin was all wrinkled and pasty, my eyes were bloodshot and bugging out, and I had this corpse-like look on my face! What’s wrong with me, Doctor?”

The doctor looked her over for a couple of moments, then calmly said, “Well, I can tell you that there’s nothing wrong with your eyesight.”