In the light of the electoral confusion and (perhaps) chaos I feel the need to offer something that is not about the election. That is not to say that I think it is unimportant (far from it) but it seems like the whole country is on the radio, TV and twittering and blogging about it and it’s almost overpowering. I don’t think I have anything to add, save that I would like to invite all my Christian friends to pray that the elected politicians will put aside partisan power politics and seek to serve the country and the best interests of the poorest and most marginalised. That’s my take on it all.

Having said that this would be an election-free zone I have failed in the first paragraph. Sorry. I will do better now. 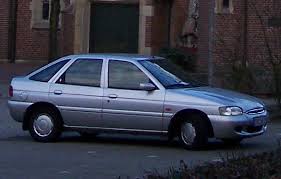 We have got to the stage in our household where our faithful second car is in terminal decline. It has decided to water the ground on which it stands and drives – sharing its coolant with everyone. A recent visit to the garage resulted in the mechanic informing us that it was not worth repairing. We can keep it going for the time being by carrying around a big bottle of water and topping up, but that is far from convenient! (picture not of our car, but one like it)

So we will be looking for a replacement car. I feel torn about this. Not out of any sentimental loyalty to the current car, even though it has hitherto been reliable and relatively cheap to run. My angst comes from a realisation of how privileged we are that we can even consider having two cars. In order for both Sally and I to maintain our employment and act as parental taxis it is most convenient for us to have two cars, but there are many in this country for whom one car is an aspiration and many across the world for whom it is a luxury.

How do we live as ‘rich Christians in an age of hunger’ (which is the title of a provocative book by Ron Sider)? I think the answer lies in our attitude. If we consider our wealth and possessions to be our entitlement and right we have missed the point of much of Jesus’ teaching. We should move from greed to generosity and seek to cultivate an attitude of gratitude for all that we have. Everything we have is on trust from God and it is up to us how we use it. But he will want us to give an account for it!

A billionaire became a Christian and was profoundly affected by the encounter Jesus had with a rich young man. Jesus had told the man to sell everything he had, give the money to the poor and then follow him. It was too much for that man, but the billionaire decided to try.

He set up charitable trusts to run hospitals and orphanages all around the world. He gave away much of his wealth to help lift people out of poverty. He even donated some of his houses as homes for the homeless.

Jesus was impressed. One night he came to the millionaire (he had given away most of his wealth by then) in a dream.

“We are so pleased with you,” he said. “You are an example to so many. Bless you!”

“Thank you, Lord,” said the millionaire. “But I have one request. Do you think I could bring something into heaven to remind me of my wealth?”

“Well, my son,” said Jesus, “the rule is that you came into the world with nothing and you can take nothing with you from it. However in your case we will make an exception. You can bring into heaven what you can carry in your briefcase.” 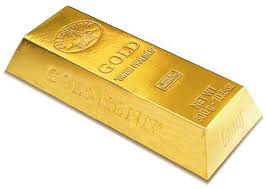 The millionaire woke up and went to his safe. From the safe he picked up a gold bar and put it in his briefcase. Then he handcuffed the case to his wrist. From that day onwards he was never separated from his briefcase. He became known as a bit of an eccentric because of this, but the millionaire did not mind.

Finally the day came when he died. He arrived at the pearly gates with his briefcase still handcuffed to his wrist. St Peter met him.

“Welcome!” he said expansively. “We are thrilled to have you here…” His voice tailed off as he saw the briefcase. “I’m sorry about this,” he said, “but the rule is that you can’t bring anything with you.”

“But Jesus appeared to me in a dream and said I could bring what I could carry in my briefcase,” explained the man (no longer a millionaire because he had left most of his wealth behind on earth).

St Peter excused himself as he went off to check. He came back smiling. “I am so sorry to have doubted you, but it’s so unusual I had to check. You are right, Jesus said you can bring in whatever you can carry.”

“I hope you don’t mind my curiosity,” said St Peter, “But I would love to know what you have brought in your briefcase.”

“Not a problem,” said the man and he proudly opened his briefcase to show his gold bar.

St Peter looked at him, puzzled.