Church Meeting tonight. They seem to come around quicker and quicker. I have to say that they are a pleasure at our church. (I have to say it because it is true, not because someone is forcing me to or because it’s my job to enjoy them). There’s a sense of family and a desire to discern God’s will rather than factions fighting corners that I have heard about in some churches. Long may this continue. 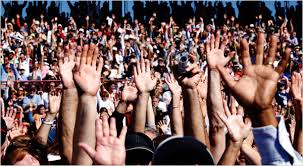 When I first became a Church Member (when I was a teenager) I can remember sitting through what seemed like interminable business meetings where people I had not met stood up and spoke for a long time. It was almost always the same people. It seemed like they almost always said the same things. Now I do realise that this caricature has been shaped by teenage boredom thresholds and the passage of time. What concerns me now is that I never had the courage to stand up and say anything (even if I had something significant to say). I was scared and intimidated. Not a good state of affairs.

Years later I joined the Baptist Union Council as a representative of Sussex Baptist Association. I distinctly remember as I was being given a lift to my first Council meeting being told not to say anything, just to listen and observe. It seemed like good advice, but towards the end of one debate I felt very strongly that I should say something. My mouth went dry, my heart started pounding and I wrestled with whether or not I should say anything. The chairman was about to close the session when I gingerly put up my hand. He was a bit exasperated at this late addition to the debate but allowed me to speak. I said my piece and sat down quickly, heart still thumping and red in the face. 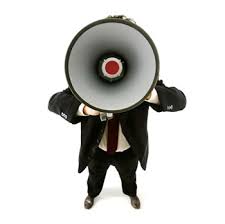 I have gained in confidence since then and am normally happy to speak my mind in public (perhaps too happy!). But I hope and pray that nobody at our Church Meetings ever feels intimidated or frightened. We believe that God speaks through everyone and anyone and we need to hear everyone’s voice. We also need to recognise how much it takes for some people to speak in public. We try sometimes to split into small groups to enable people to speak more freely and then share back in plenary sessions but I am always open to other suggestions about how we can enable people to speak what they believe God is asking them to say. If you feel God has something for you to say, please don’t hold back: in the Bible he spoke through children, through young people, through outcasts, through untrained peasants, even through a donkey!

Church jokes
After a church service on Sunday Morning, a young boy suddenly announced to his mother, “Mum, I’ve decided to become a minister when I grow up.”

“That’s okay with us, but what made you decide that?”

“Well,” said the little boy, “I have to go to church on Sunday anyway, and I figure it will be more fun to stand up and shout than to sit down and listen.”

Fred walked into the pub with a black eye.
“How did you get that?” asked Joe.
“I went to church,” said Fred.
“You got a black eye for going to church?” exclaimed Joe.

“Well,” explained Fred, “I was sat behind Mrs Arbuthnot, and when we stood up to sing the first hymn I noticed that she had her skirt tucked into the top of her knickers. I leaned forward and, as gently as I could, I pulled it out for her. Just as I was finishing she turned around and punched me in the eye.”

A week later Fred came into the pub with a second black eye.
“How did you get that?” asked Joe.
“I went to church,” said Fred, sadly.
“You got another black eye for going to church?” exclaimed Joe incredulously.

“Well,” explained Fred again, “once again I was sat behind Mrs Arbuthnot. When we stood up to sing I noticed that once again she had her skirt tucked into the top of her knickers. Mr Entwhistle next to me noticed too, and he leaned forward and, as gently as he could, pulled it out for her. Now I know she likes her skirt tucked into her knickers, so I leaned forward and tucked it back in for her…”