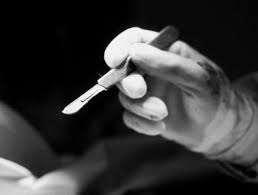 Tomorrow is D-Day. I am heading off to the hospital in London, subject to bed availability. If there are no beds available I will share (within reason!). I want to thank all of you who have kindly said that you will be praying for me over the next couple of days, and for the cards that have already arrived – so thoughtful! I wonder if I ought to be asking you to pray for the surgeon more than me, as my part in the operation is fairly simple – lie down and stay still.

That means that this is probably he last blog entry for a while. I hope that you will be kind enough to come back when I do. I will announce my reappearance on Facebook. I expect it will be the middle of next week. It’s not so much goodbye as au revoir.

What this means is that I need to provide you with a stonker of a joke. Something genuinely funny. I have suddenly been reminded of the line in the song from Joseph about Pharaoh and his power: “Whatever he did he was showered with praise. If he cracked a joke then you chortled for days.”

As I don’t have the dictatorial power of Pharaoh I will have to rely on the quality of the humour to keep you chortling.

Here are a few classics for you, voted the best ever:

Best in England:
A woman gets on a bus with her baby. The bus driver says: “That’s the ugliest baby that I’ve ever seen. Ugh!” The woman goes to the rear of the bus and sits down, fuming. She says to a man next to her: “The driver just insulted me!” The man says: “You go right up there and tell him off – go ahead, I’ll hold your monkey for you.”

Second best in the world (English-speaking I guess)
Sherlock Holmes and Dr. Watson go on a camping trip, and after finishing their dinner they retire for the night, and go to sleep. Some hours later, Holmes wakes up and nudges his faithful friend.

“Watson, look up at the sky and tell me what you see.” “I see millions and millions of stars, Holmes” exclaims Watson. “And what do you deduce from that?” Watson ponders for a minute. “Well, astronomically, it tells me that there are millions of galaxies and potentially billions of planets. Astrologically, I observe that Saturn is in Leo. Horologically, I deduce that the time is approximately a quarter past three. Meteorologically, I suspect that we will have a beautiful day tomorrow. Theologically, I can see that God is all powerful, and that we are a small and insignificant part of the universe. What does it tell you, Holmes?”

Watson, you idiot!” He exclaims, “Somebody’s stolen our tent!”

Best ever (by Spike Milligan)

A couple of New Jersey hunters are out in the woods when one of them falls to the ground. He doesn’t seem to be breathing, his eyes are rolled back in his head.

The other guy whips out his mobile phone and calls the emergency services. He gasps to the operator: “My friend is dead! What can I do?”

The operator, in a calm soothing voice says: “Just take it easy. I can help. First, let’s make sure he’s dead.”

There is a silence, then a shot is heard. The guy’s voice comes back on the line.

One thought on “so long and thanks for all the hits”