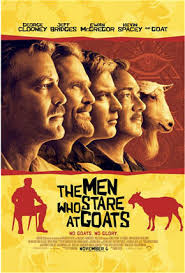 I have just watched the first of four DVDs that Sally got for me from Blockbuster (£10 for 4 films for 4 nights – not bad!). It was The Men Who Stare At Goats. If you have not seen it I won’t spoil it by telling you about it, save that I found it hilarious that the main character played by Ewan McGregor spent almost the whole film being told about being a Jedi. I wonder whether they cast him in that role because of his part in the Star Wars six part trilogy? It was a part for which he was eminently suitable.

That got me thinking further. Before the surgery I preached a sermon on the gifts God gives us (you can listen to it on our church website if you are a glutton for punishment) and reflected on how God gives us the gifts we need for the tasks to which he calls us: tasks for which we are eminently suitable. We may not realise it beforehand but we find ourselves in all sorts of situations where we may feel out of our depth until we rely on our God-given resources. When I look back at some of the things I have done in my life I can say with absolute certainty that I did not have the capability within me until God gave me the job to do and told me to get on with it, as he would be with me and would give the the gifts to do the job. 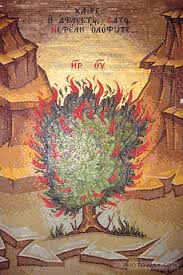 There have been times when I have felt like Moses at the Burning Bush (which always seems to me to have been incorrectly named, since it was the bush that didn’t burn!) when God told him to lead the Hebrew people out of captivity in Egypt – feeling totally inadequate and preferring someone else to do it. But I have also experienced what he did, that God gave him the faith, skills and courage to do the task.

It’s when we feel we can do it on our own that we are heading for trouble. That is not to say that we should denigrate ourselves or look down on our own gifts and abilities. Not at all: they are part of the wonderfully awesome combination of chemicals, chromosomes, personality and talents that God has put together to make each one of us. But we can do so much more when we rely on God. We become eminently suitable.

When my sister and cousin were small they were having a quiz. Becca asked Heidi, “How did Moses light the burning bush?”

Heidi wasn’t sure, since she didn’t think Moses lit the bush.

Becca was confident though: “He used firelights, ’cause that’s what my Mum uses.”

Having gone back to Egypt to lead the people out of captivity Moses was sitting in the Egyptian ghetto. Things were terrible. Pharaoh wouldn’t even speak to him. The rest of the Israelites were mad at him and making the overseers even more irritable than usual. He was about ready to give up.

Suddenly a booming, sonorous voice spoke from above:

Moses was staggered. The voice continued:

“Good news! You, Moses, will lead the People of Israel from bondage. If Pharaoh refuses to release your bonds, I will smite Egypt with a rain of frogs”

“Good news! You, Moses, will lead the People of Israel to the Promised Land. If Pharaoh blocks your way, I will smite Egypt with plagues of flies and locusts.”

“Good news! You, Moses, will lead the People of Israel to the Promised Land. If Pharaoh blocks your way, I will smite Egypt by turning the Nile into a river of blood.”

“Good news! You, Moses, will lead the People of Israel to freedom and safety. If Pharaoh’s army pursues you, I will part the waters of the Red Sea to open your path to the Promised Land.”

Moses was stunned. He stammered, “That’s…. that’s fantastic. I can’t believe it! But what’s the bad news?”

“You, Moses, must write the Environmental Impact Statement.”