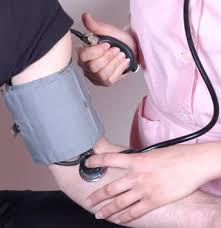 If you are squeamish you may want to skip to the next paragraph.

No, not this one, the one below! I went to my Doctor’s surgery yesterday afternoon where one of the Practice Nurses used a clever little tool to remove 32 staples from me. I was surprised that there were so many and that it did not hurt too much while the nurse removed them. I would never have thought that staples would be a good way of closing wounds but they seem to have worked well (except that they prick when you lean on them so I have not been able to rest my head backwards for eleven days).

This paragraph is squeam-safe. What impressed me was the care that the nurse showed me. Not just in how she carried out the procedure but in frequently asking me if I was okay and then in helping me out when I went dizzy and had to lie down. It was very reassuring to have someone so caring doing what she did to me. Many of the nurses in the hospital were also caring in the way that they looked after me and talked with me.

How do other people know that we care for them? We may send them a card, an email, a facebook message or phone call (thank you to the many of you who have kindly done so). We may visit them and talk with them. We may do kind things for them. We may even pray for them. We probably cannot underestimate the impact of the seemingly insignificant things that we do for other people.

“Whatever you did for one of the least of these brothers and sisters of mine, you did for me.”

But beware that you should not upset nurses!

A bigshot business man had to spend a couple of days in the hospital.

He was a royal pain to the nurses because he bossed them around just like he did his employees. None of the hospital staff wanted to have anything to do with him.

The head nurse was the only one who could stand up to him. She walked into his room and announced, “I have to take your temperature.”

After complaining for several minutes, he finally settled down, crossed his arms and opened his mouth.

“No, I’m sorry, the nurse stated, “but for this reading, I can’t use an oral thermometer.”

This started another round of complaining, but eventually he rolled over and bared his behind. After feeling the nurse insert the thermometer, he heard her announce, “I have to get something. Now you stay JUST LIKE THAT until I get back!”

She left the door to his room open on her way out. He cursed under his breath as he heard people walking past his door, laughing. After almost an hour, the man’s doctor came into the room.

Angrily, the man answered, “What’s the matter, Doc? Haven’t you ever seen someone having their temperature taken before?”

After a pause, the doctor replied, “Yes, but never with a daffodil!”