The story is told of a Catholic priest, Anglican vicar and Baptist Minister who were arguing about which was the true church:

“It’s the Church of England,” said the vicar, “Because we have our origins in the King of England, Henry VIII.”
“But the origins of the Catholic Church go right back to St Peter,” said the priest.

“That may be true,” said the Baptist, smugly, “but we go back to John the Baptist!”

Coincidences happen. That’s a fact. But I have learnt that sometimes there are coincidences and sometimes God is using a megap
hone to get my attention. I’m not sure quite yet what is happening with the ‘coincidence’ below, but I am on alert! 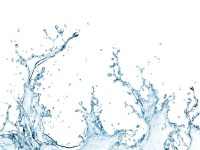 Yesterday morning at our church we had a wonderful service where we baptised a young lad, Chris. His testimony was simple, yet profound. Lynsey, my fellow-minister, preached a sermon about John the Baptist – the one who came to prepare the way for Jesus, was encouraging people to respond to God outside the traditions of the established religion and was something of a radical.
This morning the daily ‘Wordlive‘ reading was about John the Baptist. Of course, as a Baptist Minister, I should be fascinated by John. And I am, but not just because he was baptising people. His role was not to be the blockbuster movie, but to be a film trailer that got people ready for the main event. How did he feel about that? Was he upset that he was only a human signpost? Or was he excited that he was a human signpost who directed people towards Jesus?
My sense is that it is the latter. He spent his life trying to point out how people’s relationship with God needed renewing but knowing that the One who would be the means of that renewal was coming and would supersede him.
I get really annoyed when I come across Christians who are trying to be celebrities, especially among other Christians. I find myself turned off events that are advertised because ‘Joe Bloggs’ or ‘Janet Bloggette’ are the main speakers or worship leaders. As far as I am concerned we are all to be film trailers for the Jesus blockbuster. We are all supposed to be free samples of Jesus so that people will ‘taste and see that the Lord is good.’