>Have I mentioned yet that I have a lovely new phone? It’s lovely. And it’s new. My contract was running out so my network provider contacted me and said I could renew a couple of months early if I wanted (one way to keep me) and offered me a lovely new phone on a cheaper monthly rate. Very difficult to turn down. So I didn’t. 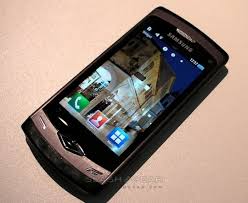 As you can see it’s shiny. And it thinks its an iPhone. I know it isn’t but I haven’t told the phone yet in case it sulks.
The scene has now been set…
So earlier this month I was minding my own business when my mobile phone rang. The nice man on the other end of the phone said he was from …. mobile phones and as my contract was running out soon I was eligible for an upgrade. I had mixed emotions. I was chuffed at the possibilities of a new phone – I just love gadgets. I was surprised that my contract had nearly expired as I had lost track of it. And I was suspicious.
He asked me for my special password, which I gave him to confirm he was talking to me and not some rogue who had picked up my phone. Then he started talking about the options and I said that I needed more time to think about it and was not going to make a change at that moment. So he said he would phone back a couple of days later. And he didn’t.
At this point I wondered whether he was someone who was trying to get hold of my credit card details by pretending that he was from my mobile phone network, since the call was unexpected. I have heard rumours of such scams so I emailed my mobile network and asked them if they knew the number that had called me and whether what he had said was true. I also changed my special password!
I had a call back from my network very quickly to say that yes he was from them and yes I was eligible and yes I had done the right thing in checking.
I had mixed emotions (again!). I was pleased that I had not been scammed, I was chuffed again at the possibility of having a phone that was new and lovely. And I felt bad that I had not trusted the chap who had called first. I have got over the last emotion: it is better to be cautious in those circumstances.
But it got me thinking about how people receive the good news of Jesus when we offer it to them. And how does my approach to them affect the way they receive the good news? Are they suspicious? Are they surprised? Are they chuffed? Because if what I believe is true then it is far better news than that someone is eligible for a lovely new phone, and it is even more exciting than a phone that thinks its an iPhone. It is truly life-changing. 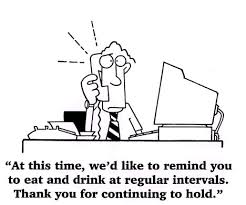 One thought on “>have I got good news for you?”