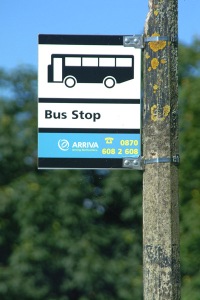 The Bible covers a period of about 2000 years, if you start with Abraham. I am not going to go into a discussion about Creation vs Evolution here (partly because I think it is a non-argument). But given that it lasts for about 2000 years and that it contains about 788,000 words on average that only gives 394 words for each year. But because lots of words are devoted to spectacular events most of the 2000 years don’t have anything written about them at all.

The Bible is the record of God’s engagement with people like us, and records many extraordinary amazing moments. But there are lots and lots of gaps. We have records of lots of things that Jesus said and did in the last three years before his crucifixion, but virtually nothing about the first 30 years and even the records of the last three years are not complete records of everything that happened. John comments at the end of his gospel: “Jesus did many other things as well. If every one of them were written down, I suppose that even the whole world would not have room for the books that would be written.”

But if they were all written down, every second of those three years, there would be a lot of ordinary life. The Bible tells us of the extraordinary, but we forget that life is not generally extraordinary. Most of the time it is ordinary, mundane, even boring. And (forgive me if you find this heretical) most of Jesus’ life was ordinary, mundane, even boring. Not the bits we find in the gospels but the bits they missed out:

Jesus’ Mum sent him to the market and to buy some bread.

Jesus made a chair in the carpenter’s workshop

Jesus and his friends had a barbecue where they told each other funny jokes.

He was just as much God’s son then as when he was preaching on a mountainside, or when he was in Gethsemane, or even when he appeared to his disciples after his resurrection.

We are all called to live out our faith in the ordinary, everyday, mundane. Few of us will encounter God in a burning bush, but we can all encounter him in the kindness of a friend. Not many of us will be invited to walk across a lake, but we can all cross the road to speak to someone. Few of us will have our packed lunch shared by a crowd, but all of us can be grateful to God for the food we have and share what we have with others. Few of us will see Jesus transfigured on top of a mountain, but all of us can see him in the faces of the people next to us on the bus.

It seems to me that so-called ‘reality TV’ is based on ordinary people trying to be extraordinary. So they may do extravagant or outrageous things to get the attention of the cameras. They may do things they would not normally do in order to be broadcast. If you ask a group of children what they want to be when they grow up you could summarise a lot of the answers with one word: “Famous!”

But we are called to be faithful followers of Jesus in the ordinary. We are not called to be outrageous or extravagant except with God’s love, grace and forgiveness.

And I think the same is true for churches. From time to time (and don’t ask me why) God does something extraordinary in a church. And Christians flock to that place so that they might get some of that for themselves, so that their church might be supercharged and spectacular.

But I have a nagging feeling that this response causes God to do a divine face-plant: “Don’t they realise that I work through the ordinary, faithful, loving, mundane as much (or perhaps more) than through the spectacular?”

Live out your life as a follower of Jesus in your normal life and find him in the ‘ordinary’, the everyday, the mundane, the boring. He’s there just as much as in the amazing. You are God’s child where you are, and he loves you.