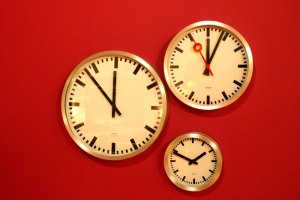 This morning I had a check-up by the Dentist. Thankfully he was only checking my teeth. The appointment was at 10.55 but there were plenty of people waiting when I arrived and many of them weren’t seen before 11.30. A general air of disgruntlement spread across the waiting room (not helpful by the usual ubiquitous dread of seeing a Dentist). There was plenty of deep sighing, watch / clock checking and people even started talking with strangers about how long they had been waiting – British reserve and reticence to talk to other people goes out of the window when we have weather to complain about or are subject to delays.

The thought that had struck me has embedded itself in my brain and has been germinating: in what other ways do we change our attitudes significantly when it affects us? I suspect that many of the people whose view of those on benefits are that they are scroungers and layabouts would change significantly if they were suddenly reliant on benefits themselves. Those who complain about immigration might change their views significantly if they had a relative living overseas who wanted to come and live with them here. People who dislike those who do not share their sexuality or ethnicity may change their minds if a family member declares that they don’t share that sexuality or are marrying someone from a different ethnic group. And in case you are getting excited about me bashing of these unknown nasty people and are cheering me on, the thought started growing in a way that brought it uncomfortably close to home.

Do I have negative attitudes about others that I would adjust significantly if I was in their shoes? If I would, I think it is fair to say that it is hypocritical and perhaps even amounts to prejudice!

Dear God, please help me to see everyone the way that you see them; to have your grace, compassion and generosity of spirit; and to act accordingly. Forgive me for my prejudice and bear your Spiritual Fruit in my life.

One thought on “the other side of the door”