Last night we had a wonderful Carols by Candlelight service. There are so many people to thank that it’s almost impossible to do so without risking leaving someone important out. So instead I am going to say a big ‘thank you’ to everyone involved – whether you were part of the congregation or choir, a musician or sound / video operator, a reader or speaker, a refreshment-server or setter-up-erer, a cleaner-up-afterwards-er or a candle-lighter, a welcomer or steward, a putting-the-words-on-the-latop-er or car park organiser, and so on.

Of course I have just done what I said I wouldn’t and have written a list of participants that risks leaving someone out. So, if your role is not listed above please forgive me and accept my gratitude to you for doing what you did. Having an attitude of gratitude is important, as is expressing thanks personally.

As a child I can remember what a chore I considered it to have to write ‘thank you’ letters after Christmas to the Grandparents, uncles and aunts and others who had been kind enough to give me a gift. I would put it off as long as possible, but eventually (usually under threat of sanction) I would write the letters. What I didn’t consider was the impact on those who received my handwritten letters, which I hope expressed genuine gratitude even if they were written under coercion.

Now I am acutely aware of how precious it is when someone says ‘thank you’ – verbally in person or over the phone, by email, in a letter (handwritten or typed), in a text, in a tweet, on Facebook and even in responses to these bloggages. There are so many different communication methods we can use to say ‘thank you’ and express appreciation that there’s not really a good excuse for us failing to do so. 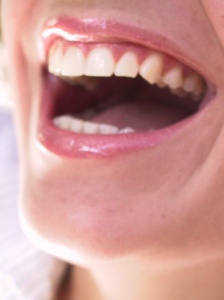 One of the problems for those who have no Christian faith is that they run out of people to thank. If the Universe is an accident and not brought into being by the Designer then when we are blessed by events beyond human intervention to whom do you express gratitude? When a view takes your breath away, when good things happen, when a thought makes you smile, when you feel blessed, (to paraphrase the Ghostbusters) who you gonna thank?

Perhaps this Christ-mas you could thank the One who the heart of it all rather than a man in a red suit.