A long time ago in a parallel Universe far, far away (known as my brain) I came up with an idea. What if Lazarus had met a publicist after he had been brought back from the dead by Jesus? The following sketch was the result… (I have changed the name of the publicist since the original version): 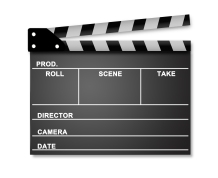 Return of the Dead Guy by Nick Lear

Pierre Gourou is sat at his desk (he could have a slightly cheesy French accent, but not so strong we can’t understand him). We join him in the middle of a telephone conversation. He talks animatedly. As he talks, Lazarus enters and Pierre indicates for him to sit down while he continues with his conversation.

Pierre:      I know, I know. You’ve told me all that before. But how difficult can it be to get hold of this guy? (Listens.) Well Bethany is a small place, he’s a minor celebrity. Someone must know where he is. (Listens.) Don’t give me any excuses, sonny James, I want that man signed up on my books immediately. Just think of the commercial possibilities. We can make a fortune! (Listens.) Don’t give me that ‘He’s disappeared’ rubbish, just get me Lazarus Bond now! (Angrily slams down phone.)

Pierre:     (To Lazarus, still angrily.) Who are you and what do you want?

Lazarus:   (Hesitantly) Well, my name is Lazarus Bond, and I’d like you to publicise my story because…

Pierre:      (Interrupting and suddenly extremely pleasant.) Lazarus Bond, my good man. How splendid to meet you. I’m Pierre Gourou, Publicist to the stars. You can call me Pierre. (Stands up and enthusiastically shakes Lazarus’ hand. Then pauses to think, remembers Lazarus was dead recently and wipes his hand on his trousers as he sits down again.)

Pierre:     Lazarus, can I call you Lazarus? Lazarus, I’ve got some great ideas for you. You’re going to love these. Shalom magazine have been on to me, they want to do a photo shoot of the whole thing. They pay sizeable shekels for exclusives like this. I mean, it’s not every day someone is raised back to life is it? Would you be prepared to do a re-enactment for them? (Lazarus looks doubtful. Pierre continues enthusiastically.)

Pierre:      Okay, have a think about that one. I’ve had some other ideas. How about Action Lazarus? It’s a small doll who comes with detachable bandages and there are all sorts of accessories we could sell with him – a tomb for example. I can see big profit margins there.  (Lazarus still doubtful. Pierre is on a roll.)

Pierre:      How about Lazarus boomerangs – they always come back. Or a new soft drink: “Lazarade” – refreshes the parts other drinks cannot reach. Or how about Lazarus bandages? You could make a fortune. These bandages will do more than make you feel better! We could do Lottery Scratch and Sniff Cards. Three bad odours and you win. (Lazarus starts to speak but Pierre won’t be interrupted.)

Pierre:      The Lazarus range of men’s toiletries. We could call it ‘Old Spices’. It may be a bit pungent, but if we market it correctly no one will care what it smells like. Or how about a Lazarus in a Box? You have a little box with a handle, which you wind for what seems like four days until…(Mimes action and hums ‘pop goes the weasel’! He continues, totally absorbed in his schemes, ignoring Lazarus completely.)

Pierre:     What about this… Lazarus – The Movie! Of course, we’d have to give it a catchier title and liven it up a bit. We’ll call it ‘You Only Live Twice’, and make you a super spy. I can hear your catchphrase, “My name is Bond, Lazarus Bond.” We’ll get Roger Moriah to be you. I can see the finale now. Just when the bad guys think you’re dead and gone, back you come! Of course, we’ll have to do something about the bandages – they might restrict old Roger’s eyebrow movements a bit and they’re his best feature… (Lazarus sees Pierre pause for breath and dives in.)

Lazarus:   Actually, Mr Gourou, I only want to tell my story. You see it’s not about me… Pierre cuts in again.

Pierre:      Lazarus, my boy. Cut the formality, just call me Pierre. I can see that you will need time to get used to the idea of the movie. It’s a shame; we could have had all sorts of merchandising tie-ins. You know, T-shirts, mugs, key rings, computer games with unlimited lives: it would be worth a fortune. Never mind. I’ve got one more idea. This will make your spine tingle; it’s so good.

Pierre:      Get hold of this idea. (Stands up and dramatically spreads his arms and speaks with awe:) Lazarus World! (Lazarus is stunned with disbelief. Pierre takes it as approval so he continues.)

Pierre:      We could have all sorts of chariot rides and exciting sideshows, but the centrepiece of the whole thing would be the Resurrection Ride. It’s a bit like a ghost train, but instead of leaving people scared witless at the end, they see you coming out of the tomb alive. We could really go for it – lasers, pyrotechnics. It would be a proper gold mine.

Lazarus:   Listen, Mr Gourou. I don’t think you understand. I’m not interested in the money; I only want to tell people… (Again Pierre cuts in.)

Pierre:      (Confused.) What do you mean, ‘not interested in the money’? Why ever not? (Then has flash of inspiration.) Oh I get it. You’ve already cashed in your life insurance. They’re going to have to introduce Resurrection Exemptions if this keeps happening.

Lazarus:   (Getting irate) It’s got nothing to do with Life Insurance – at least not the sort you’re thinking about. I want to you to publicise my story so that people will… (Pierre butts in again.)

Pierre:     Be impressed by you? Make you Mayor of Bethany? Never mind that, you could run for Chief Priest with your story and the right publicist behind you…

Lazarus:   (Grabs Pierre by the shoulders and shakes him.) No, no, no! Why can’t you understand? My story is not about me; it’s about Jesus!