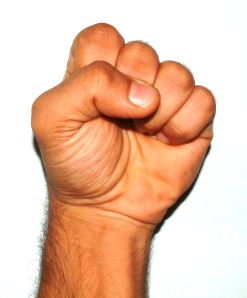 Regular bloggists will know that I have been following a series of 40 readings from Dietrich Bonhoeffer. In case you have missed the previous thoughts I have shared, let me remind you that he was a German pastor who was arrested (and executed) for being an outspoken critic of Nazi Germany. He wrote this:

Words and thoughts are not enough. Doing good involves all the things of daily life. “If your enemies are hungry, feed them; if they are thirsty, give them something to drink” (Romans 12:20). In the same ways that brothers and sisters stand by each other in times of need, bind up each other’s wounds, ease each other’s pain, love of the enemy should do good to the enemy. Where in the world is there greater need, where are deeper wounds and pain than those of our enemies? Where is doing good more necessary and more blessed than for our enemies?

In prayer we go to our enemies, to stand at their side. We are with them, near them, for them before God. Jesus does not promise us that the enemy we love, we bless, to whom we do good, will not abuse and persecute us. They will do so. But even in doing so, they cannot harm and conquer us if we take this last step to them in intercessory prayer. Now we are taking up their neediness and poverty, their being guilty and lost, and interceding for them before God. We are doing for them in vicarious representative action what they cannot do for themselves. Every insult from our enemy will only bind us closer to God and to our enemy. Every persecution can only serve to bring the enemy closer to reconciliation with God, to make love more unconquerable.

How does love become unconquerable? By never asking what the enemy is doing to it, and only asking what Jesus has done. Loving one’s enemies leads disciples to the way of the cross and into communion with the crucified one.

They are powerful words, but the context in which they were written make them even more remarkable. His ‘enemies’ were people whose ideology was diametrically opposed to his. His enemies were far more powerful than he was. His enemies could (and did) destroy him almost without thinking.

It puts our petty squabbles into perspective doesn’t it?

Alongside the wisdom and depth of what Bonhoeffer wrote, the context speaks almost as loudly and poignantly. And context makes all the difference. Someone striking someone else in the stomach could look like an assault. Or it could be that they are trying to dislodge some food that is choking the victim. A shaking fist can indicate anger or victory. It’s one of the classic plots in TV dramas – someone sees or overhears something when they don’t know the whole context and draw the wrong conclusion. The outcome can be tragic or comedic and the consequences are worked out.

But when it is real life we would do well to pause and ascertain the true context rather than jumping to conclusions. When we do we may find that those whom we thought were our enemies actually are people in need of God’s love expressed through us.