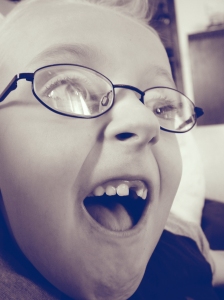 It’s sometimes the unexpected things that make the biggest impact on us: the critical comment that came out of the blue; an accident; bad news that shocks us…

I think it is partly because we have to react ‘in the moment’. We have not had an opportunity to prepare ourselves, to think about our reaction, or to brace for impact. We respond with instinct and adrenaline and they are not always the best of partners because they don’t last and afterwards we can feel physically and emotionally shaky because we did not respond in the way that, had we been prepared for it, we would have like to.

Perhaps we snapped back or were rude. Perhaps we got angry at someone else for the accident (even if it was our fault). Perhaps we took the bad news badly and lashed out. I hasten to add that any similarity between scenarios I have sketched above and actual events is purely unintentional and unexpected.

I hope and pray that I might respond with grace, serenity, wisdom and gentleness in those circumstances. I know that this is not always the case. Over-reacting can sometimes do as much damage as the initial unexpected event and we need to ask for forgiveness and set things right if we have not responded in the right way.

But tales of the unexpected aren’t always bad. Following the recent announcement of my new calling I have had some very kind and generous comments from people. I have also had some unexpected cards and letters from unexpected people that have blessed me no end because of the time and thoughtfulness that lay behind the buying and writing and sending. They blessed me no end.

There are those moments when someone tells you that they really appreciate something you have done – something which you didn’t really think meant that much.

There are times when something good happens to you that you might even have hoped for but which you never imagined would happen in reality.

There are unexpected, unsolicited hugs.

There are times when I read parts of the Bible and the words are apposite for me at that moment and it makes me smile.

There are so many ways in which we are blessed by the unexpected. And because they are unexpected, unsolicited, unplanned, we have not been able to prepare for them or work out how to respond. For that reason I think they sometimes make a bigger impact on us because of that.

If you want the ultimate in unexpected positive outcomes look at the reactions of Jesus’ friends when he met them after his resurrection! Words like ‘overjoyed’, ‘astonished’, ‘amazed’ and so on don’t really begin to do justice to that experience.

Because we are familiar with it we can sometimes downplay Jesus’ resurrection (heaven forbid!). Why not re-read one of the narratives and put yourself in the sandals of his friends who had seen him crucified, thought it was the end of the film and weren’t expecting there to be a sequel? How do you feel?

And perhaps today you can bless someone with an unexpected positive moment. You may find that it makes a bigger impact on them than you expected. And in doing so you may well find that God has used you too!