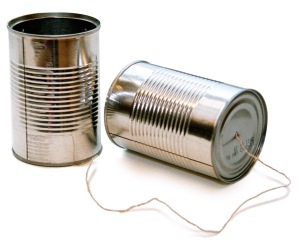 I currently have two mobile phones. It may seem a bit excessive one is for work and the other is for personal use. It means that when I am “off duty” I can turn off my work phone, sending any calls to voicemail, while still being contactable by friends and family.

This system works pretty well apart from when both phones are in the same pocket or in my bag. I have different ring tones for them so that when one of the rings I should know which one it is. The problem is I can never remember which phone it is that is ringing that particular tone so I have to get both of them out and check which one is ringing. If I get the wrong one that additional delay can sometimes mean that I miss the call, which can be frustrating for both the caller and for me.

I have thought about creating my own ringtones the voice saying, “this is your work phone” or, “this is your friends and family phone.” There will be okay when I’m on my own but it does seem a little pretentious if I am in company. I guess this comes under the hashtag #firstworldproblems – it’s not a major issue this simply learn which ringtone applies to which phone but it is an irritation.

Somehow it reminds me of one of my favourite passages in the Old Testament comes in 1 Samuel chapter 3 when God was trying to get Samuel’s attention. Samuel was just a small boy and was understandably not expecting to hear God speak to him audibly. When, in the middle of the night, he heard a voice calling his name he didn’t recognise it and assumed it was Eli, the priest he was serving. There is wonderful comedic timing and interplay as Samuel keeps going to Eli asking what he wants every time he hears the voice calling his name and Eli keep sending him back to bed saying he didn’t call him. Finally Eli realised what was happening and told Samuel to say, “Speak, for your servant is listening.”

That’s pretty good advice for us when we are seeking to listen to God: responding with a willingness to hear what he has to say. The passage also begins with one of the saddest phrases in the Bible: “in those days the word of the Lord was rare.”
I wonder whether it was rare because God decided to keep quiet for because people simply weren’t listening. Makes you wonder, doesn’t it?