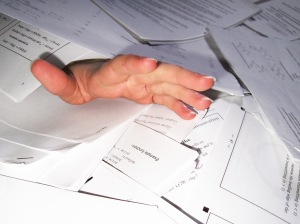 Everyone wants our attention nowadays don’t they? Our mobile phones let us know when we have received a message and then flash a light at us incessantly until we have acknowledged that fact. It seems to me that junk mail is on the increase (particularly the sort that is pushed through everybody’s letterbox indiscriminately (pizza companies, gardeners, Indian takeaways, free newspapers… you know the sort of thing*). And all of the junk mail is trying to get our attention. Then there are the adverts on television. I know they’ve been there on commercial channels since they began but if you try to watch a sporting event with 2 halves on one of those channels the number of advert breaks before the match, during the interval, and after the match is incredible. (I know that’s how they fund the channels but it doesn’t stop it being annoying).

And don’t get me started on the pop-ups in apps and on websites!

And really don’t get me started on the spam emails!!

And really really don’t get me started on those constant unsolicited phone calls!!!

A Chicago company is one of the world’s largest subscription fulfilment companies. They have a computer database that records everyone’s subscriptions to various magazines and automatically sends out reminders and renewal notices when the subscription expires.

One day the computer malfunctioned. Soon afterwards, a rancher in Colorado received 9,734 separate mailings, informing him that his subscription to National Geographic Magazine had expired. This got his attention. He stopped what he was doing and travelled the 10 miles to the nearest post office, where he sent in his money for his renewal – along with a note, which said, “I give up! Send me your magazine!”

In the face of this impersonal onslaught don’t you find yourself sometimes almost screaming, “I don’t want any more junk mail, automated calls, spam emails, pop-ups… I just want to talk to a person!”

Do you ever get the sense that in the midst of all of this clamour for our attention God is gently and patiently coughing: “Ahem, I’d really like us to have a chat. That is if you’re not too busy for me.”

Too busy for God?! Now there’s an interesting concept. God’s approach to us is not to bully us into submission. He does not demand our attention but he does crave it. And the good news is that God so loved the world that he didn’t send spam emails, make unsolicited phone calls, send junk mail or bombard us with adverts – he sent his Son: a person to whom we can relate. Someone with whom we can talk.

If we’re not too busy dealing with everyone else who wants our attention.

*When the flow of junk mail gets particularly intense I am tempted to put a notice on the letterbox saying ‘thank you but no thank you’ and then I wonder what would happen if everyone did that. It would take away employment (albeit very low-paid and almost thankless) simply because I am feeling inconvenienced. I accept that if everybody stopped receiving such a large volume of paperwork we might save a few million trees, but that’s a different question.