I have some exciting, wonder-full news

That I’m bursting to tell someone.

But I am sworn to secrecy and

It’s eating me up inside.

I’m being awarded an OBE or a Knighthood –

And I can’t tell a soul.

I have some astonishing news

It’s so earth-shattering that

I’ll explode if I keep it inside, although

I have known for longer than I can remember.

I have to tell someone, someone who will keep

And everyone knows the secret.

I have to tell at least one soul. 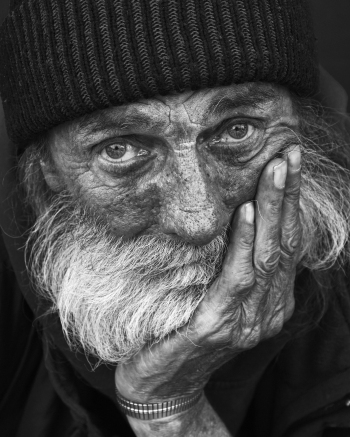 A dweller of the great outdoors found on benches, in gateways and fields –

The sort of rough sleeper others cross

The street to avoid

And whose apparently random outbursts are ignored

As the rantings of someone who has forgotten how to engage

That’s the sort of person to tell.

They will keep my secret in plain sight as

Nobody will believe them.

Nobody will listen to them.

Even if they tell everyone about it

Hearers will put it down to too much alcohol

Or the delusions of someone who has had to spend

Too much time in their own company and among animals.

So, in the dead of night

When sensible people are sleeping

And my unsuspecting victim is slouched against a wall,

I sneak up behind him

And, catching the expletive in his throat,

He and his friends are scared witless by my appearance.

He receives my life-changing secret

He hears of my good news –

As unlikely as it sounds –

And after witnessing a flashmob performance

Of Handel’s Messiah (before he wrote it)

He and his friends decide to find out for themselves

And fill their souls to overflowing.

*If you want to share this with anyone, please feel free.

One thought on “secrecy”