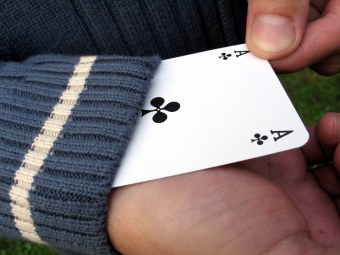 I am a Christian.

And I am a magician.

To some Christians those two statements are incompatible. I had a conversation yesterday with someone who was extremely upset that magic was being performed at their church and rang me to complain. They didn’t know before they rang me that I am a magician and we were able to have an interesting conversation. The conversation was useful (to me at least) because we reflected on whether being a magician is incompatible with being a follower of Jesus. So let me share my thinking with you in response to the concerns that were raised. This is not a transcript of the conversation from yesterday but includes some of the points raised and others that I have been asked about in the past. I have reflected on what was said yesterday and it has helped me, I hope it might help you:

You may or may not agree with me, that’s up to you. However, before we Christians get hot under the collar and start lobbing Bibles at each other perhaps we should reflect more and listen to the other person’s perspective for longer: they may have equally good reasons why they believe what they do and there may be things we need to change because we have listened to them.

And please let’s remain fervently committed to the most important thing: following Jesus and making him known to others: Let’s seek to remain united in him and not allow what the less important things we disagree about to divide us.

One thought on “Christian magic?”