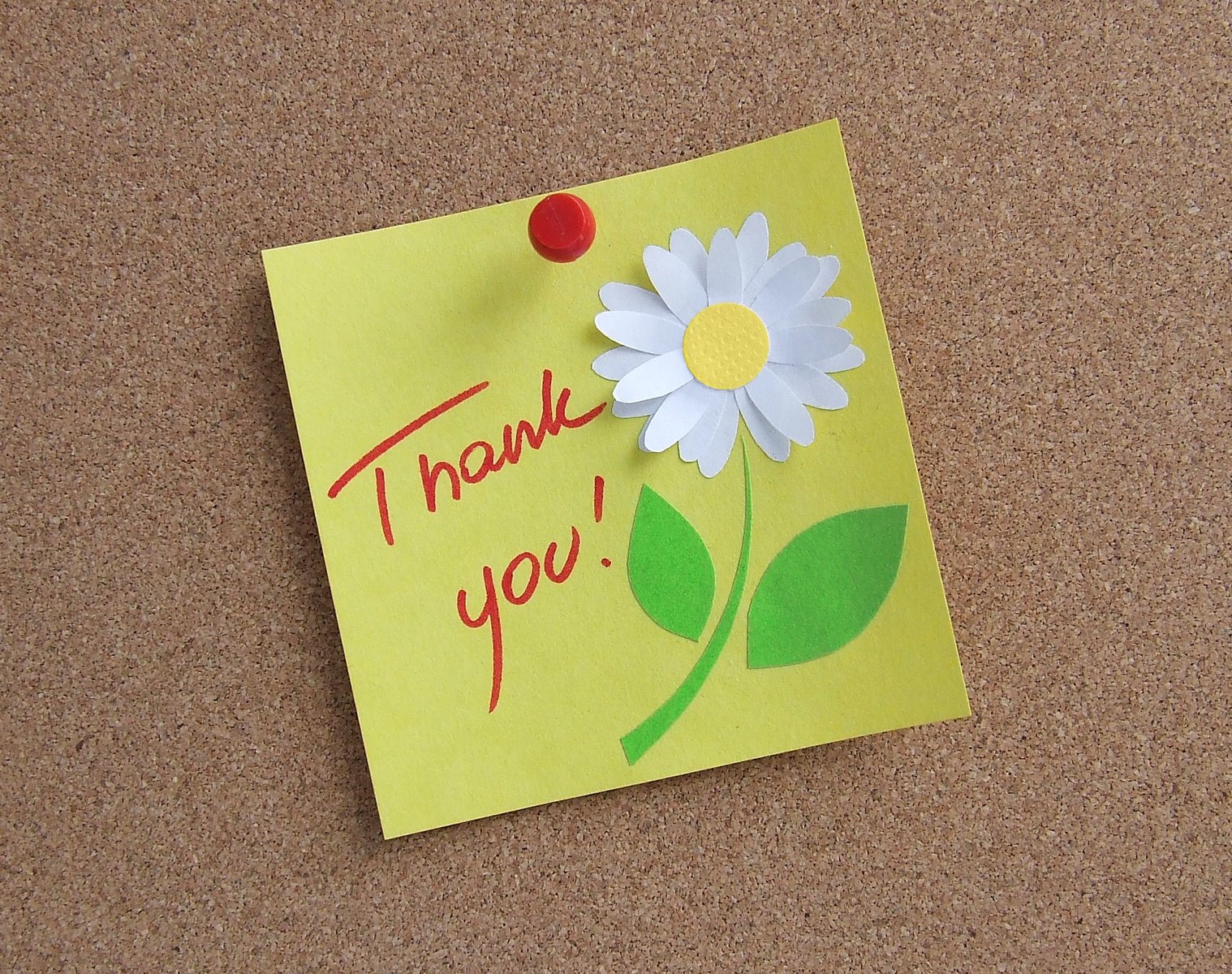 This week I have been blessed by two people who have taken the time to thank me for something I said or wrote. It was unexpected and a real encouragement and blessing to be thanked – one electronically and the other by a card in the post.

I like to encourage an attitude of gratitude in myself and in others (as much as anything else I like the way it rhymes). When I am blessed by someone else in this way it not only boosts and encourages me, it also encourages me to do the same. So, I wonder, why don’t we do more of it when it is so positive?

Sometimes we may struggle to find something to thank someone for. My wife told me that in a group discussion among spouses at the Bible College where I trained they were considering what to say when your other half has ‘preached a stinker’. One suggestion was, “It was a good text!” I hope not to hear that too often! But it represents an attitude of gratitude – there is almost always something good for which we can be thankful in any circumstance.

Recently a lorry bumped the back of my car while we were in a slow moving queue of traffic on the M25. It has only caused minor damage to my bumper but it has caused major hassle with insurers as the lorry is from overseas. So, where’s the good for which I can be thankful?

Perhaps it’s a silly example, but I think it illustrates what an attitude of gratitude looks like. And I am trying to carry that through in all of my frustrating conversations with insurance people by making sure that I thank them for doing their job (even when it is frustrating that they can’t do what I want). So I am trying to put what I am calling the 5T principle into practice – taking the time to thank.

Another reason why we may not thank people is that it does take a bit of extra thought and effort. 5T includes ‘taking the time’ and that’s not always easy to do when we are busy people. But perhaps because it is not easy to do the effort is even more appreciated and worth it. Someone took the time to send me a message to thank me for something I wrote. Another person took the time to get a card, write it, address it, put a stamp on it and then post it! In addition to the words, the act itself speaks volumes and it has encouraged me to take the time to thank.

And as a follower of Jesus I also want to remember to put the 5T principle into practice in my relationship with God. I have so much to be grateful to him for that I won’t run out of ideas!

Because I am trying to put the 5T principle into practice – taking the time to thank – thank you for reading this bloggage.