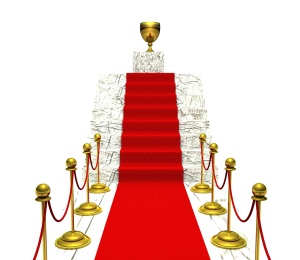 So the Academy has made its awards. Oscars have been given to the winners. The nominees who were not chosen have put on their best ‘I’m so pleased for the winner, it was an honour just to be nominated’ smiles. The speeches have been speeched, the thank-yous have been thanked, the tears have been shed. The after-parties have been attended, the interviews are over. Now the red carpet is being rolled up again and the hysteria is dying down.

I know you could say that the awards that are given include recognition for those who have worked behind the scenes but that’s a bit like posting a blanket ‘thank you’ on Facebook for all your Christmas presents rather than writing individual thank you cards or making personal phone calls.

So this bloggage is a reminder to me to make sure that I thank people. I don’t get it right all the time, and I am sorry for that. But as well as thanking the obvious people, I want to encourage us to thank the people who often go unnoticed, the people who may feel unappreciated, those who will never win an award: the unwinners.

And what’s the award? It’s a Wedogofase, which stands for ‘Well done, good and faithful servant’. To all of the unwinners who have worked hard without thanks and without recognition I present you with a Wedogofase from God. I will try to present it to you personally.